I worked with Anna in the summer before she entered class nine. Exactly two months after her program, I got a call from her: she had finished all the trigger words! "You cannot begin to imagine what this program has done for me!" School is now easy and no strain at all. She had been working really hard all her life just to get by, now she excels with a fraction of the work. She even came in first in a Judo Meet, and that too was unprecedented!

John worked with me in December of seventh grade. We did a Math program. Six weeks later his mother called me: "John got a 2,5 (B-) on a math test. The teacher added the comment:

He has no idea what we did to achieve that!"

For a number of years I have been privileged to accompany Matthias on his journey. It has been an honor to be allowed to witness confusion giving way to understanding and knowledge. Using simple self-management tools and his amazing power of imagination, he has overcome many hurdles that would have daunted one less committed to success. With his path now leading him from success in college to the workplace, I look forward to seeing him succeed at this new challenge as well!

Matthias has written about dyslexia and his personal journey overcoming the problems he had with it. Read it here:

Dyslexia: The Gift that is Considered a Problem 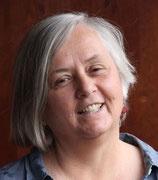 Because it's a gift - not a problem!